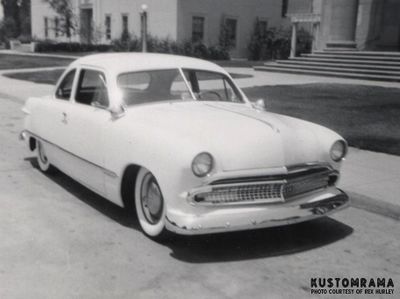 An early version of Jim's Ford as it appeared in 1955. Photo courtesy of Rex Hurley. 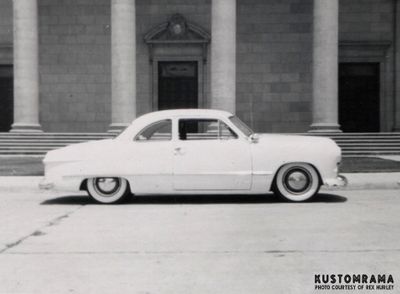 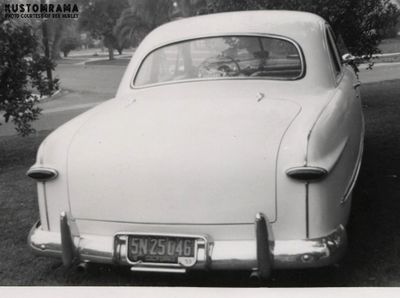 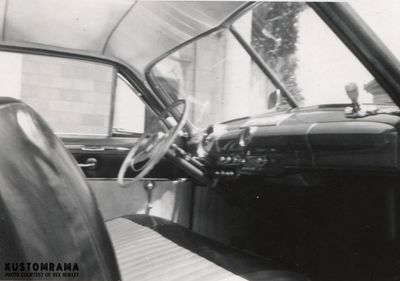 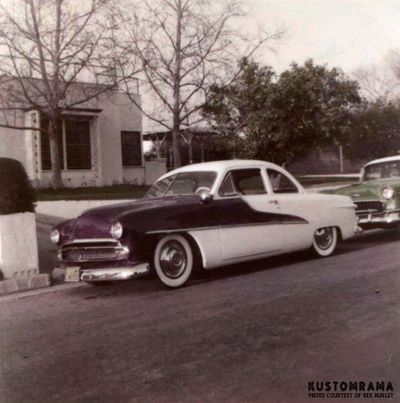 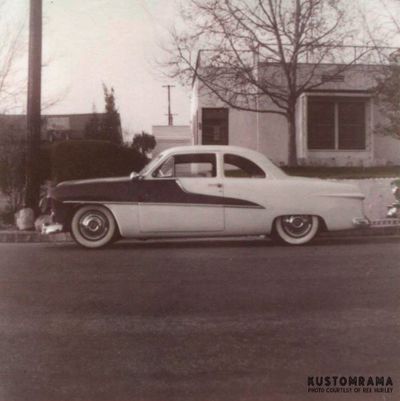 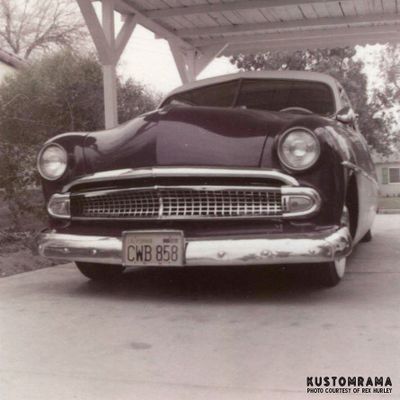 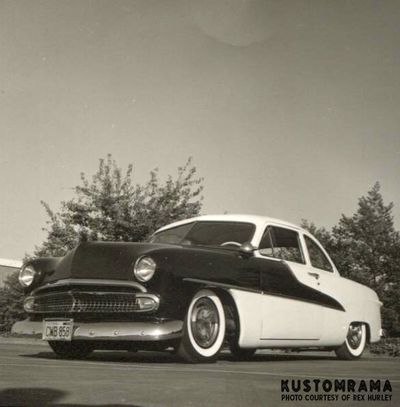 One of the photos that was used in the featured story in Car Craft May 1957. Photo courtesy of Rex Hurley. 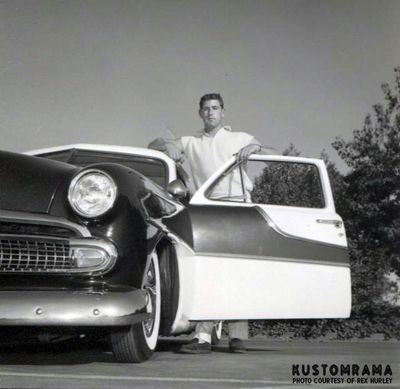 A photo of Jim with the Ford. Photo courtesy of Rex Hurley. 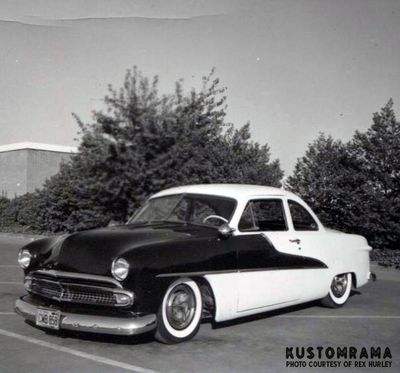 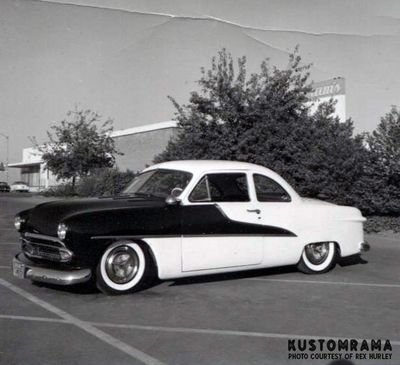 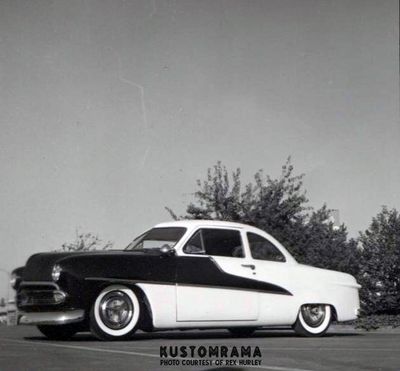 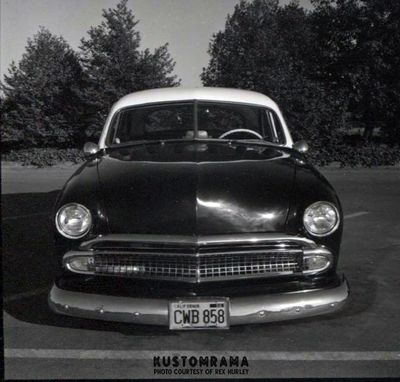 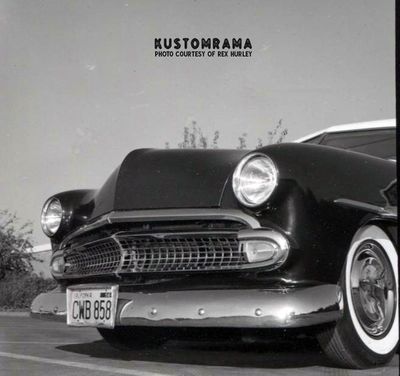 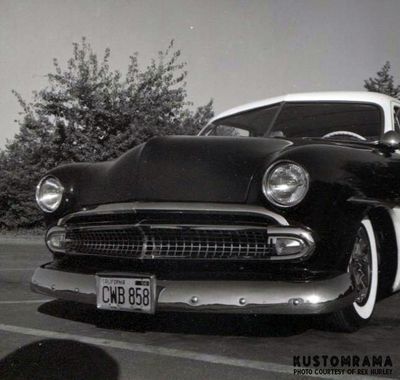 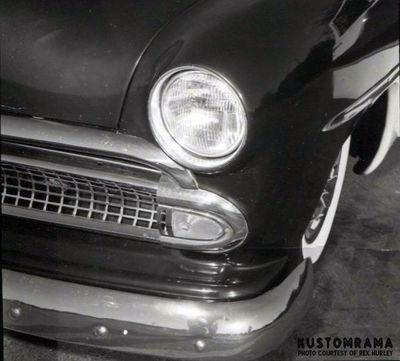 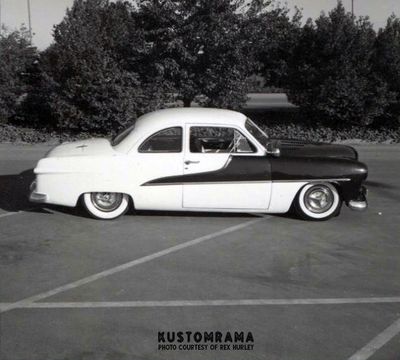 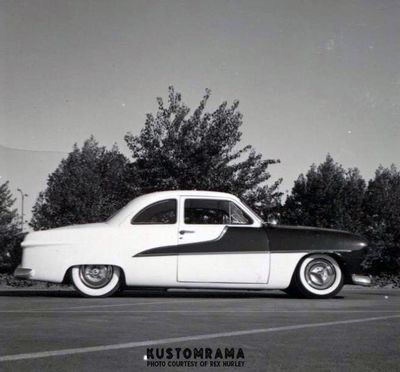 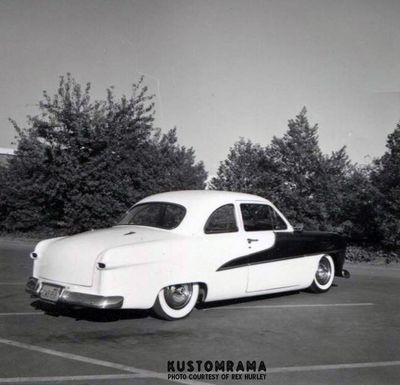 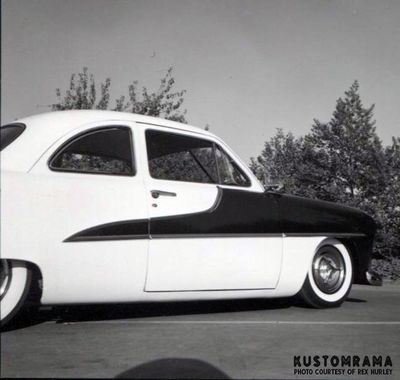 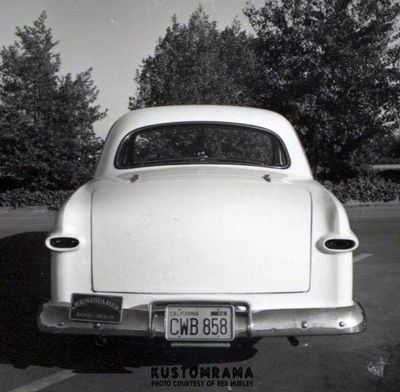 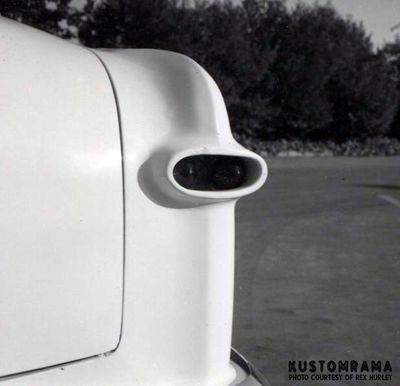 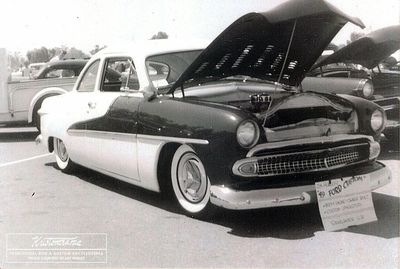 A photo of Jim's Ford taken at an outdoor car show. Photo courtesy of Rex Hurley. 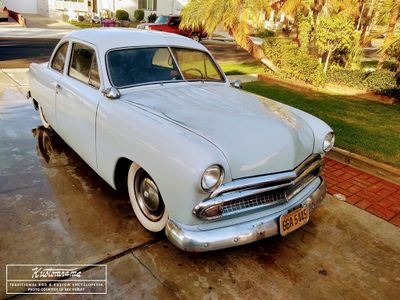 Rex Hurley, Jim's son, is currently in the process of cloning his dad's old custom. Click here for more info and photos and to follow the build. Photo courtesy of Rex Hurley.

1949 Ford owned and restyled by Renegades of Long Beach car club member Jim Hurley of Long Beach, California. According to fellow Renegades member Harold Johnson, the car was all white when Jim was asked to join the club. Jim did most of the bodywork on the car in high school. He graduated in 1953. Jim's son, Rex Hurley believes he fit it with a 1955 Ford grille in 1955. A top bar from a 1951 Ford was mounted above the '55 grille. When the car was featured in Car Craft May 1957, it featured parking lights from a 1952 Chevrolet. The rear of the car featured a shaved deck lid and frenched the 1952 Buick taillight lenses. This version of the car was painted burgundy and white with side trim from a 1955 Oldsmobile separating the colors. The car also sported small spotlights and Oldsmobile Fiesta hubcaps.[1] According to Rex, the louvers in the hood had to be done around 1955/1956.[2]

Jim did the interior in white Roll and Pleat Naugahyde. To complete the car he also junked the original flathead motor in favor of a 1951 Oldsmobile V8 featuring solid lifters, adjustable pushrods, and dual Stromberg 97s on an Offenhauser intake manifold.[1]

In 2014 Jim's son, Rex set out to clone his dad's old custom. Rex is building the car in the same house and the same garage as his dad. Using the same tools that his father used. "On his wrenches, he always put a punch mark in the center of the C in Craftsman," Rex told Sondre Kvipt of Kustomrama in 2019. The garage has a pit with an engine hoist above that Jim built. Before Jim passed away, Rex promised him he would build the car.[2]

Please get in touch with us at mail@kustomrama.com if you have additional information or photos to share about Jim Hurley's 1949 Ford.