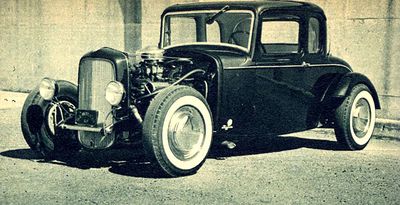 As it appeared in 1956. Photo by George Burnley. 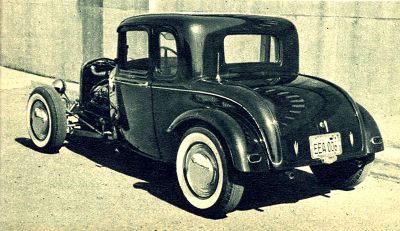 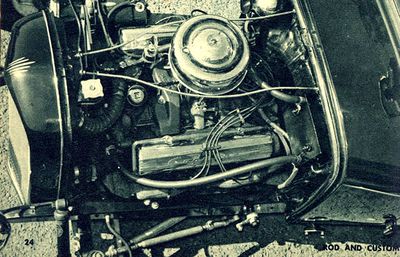 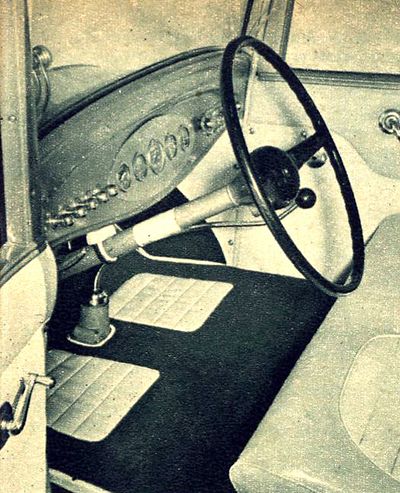 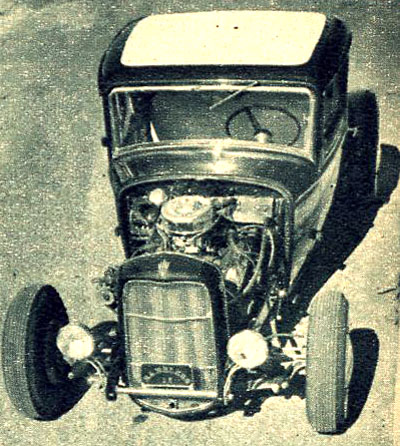 1932 Ford 5-Window Coupe built by San Francisco Ramblers member Howard Hansel of San Francisco, California. Howard bought the Coupe in a sad condition for $75. The body was channeled and the front axle was dropped, making it 8 inches lower to the ground. The rear fenders were bobbed '32 Ford, reversed to fit over 7.10-15 tires in the rear. The headlights were motorcycle units. The dashboard featured an array of Stewart-Warner instruments and knobs. Steering shaft from a 1938 Ford was installed and shortened, while the steering wheel originated from a 1940 Ford. In order to install a Cadillac mill, the front crossmember, radiator and engine mounts were reworked. Once the bodywork was done, it was painted 20 coats of blue lacquer. Whitewall tires were added to match the white inset on the roof.[1]

Please get in touch with us at mail@kustomrama.com if you have additional information or photos to share about Howard Hansel's 1932 Ford.