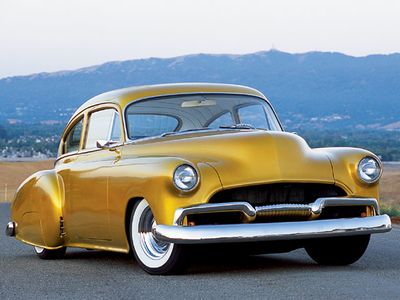 Frank's fourth 1949 Chevrolet, built as a tribute to the first one 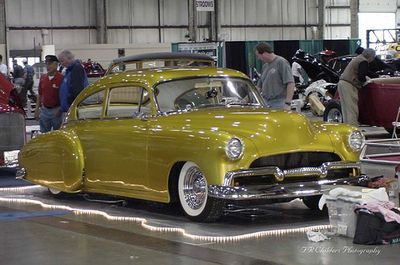 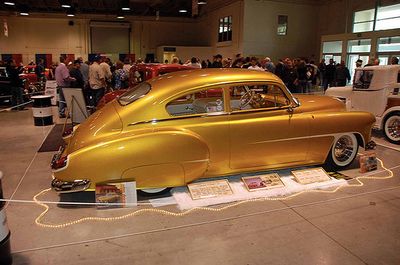 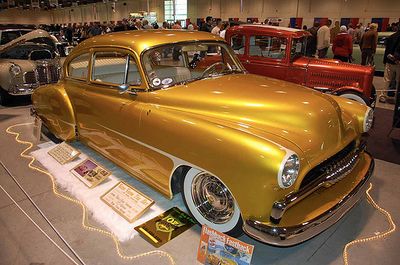 Frank bought his fourth 1949 Chevrolet as a mild custom. The idea was to give the car a little tweaking and drive it "as is," until Frank's wife urged him to re-create his first 1949 Chevrolet. He took her advice, borrowing from the look of his first car when it debuted in Oakland-but with a few subtle alterations, most noticeably the 1950 Oldsmobile one-piece windshield, flared rear fender skirts and rockers, and rear fender scoops. This car did also feature a Mustang II frontend, rear air springs, radial whitewalls, and chrome wheels. But as the original one, this one did also have a shaved hood and trunk, the door handles were removed, and the doors were pushbutton operated. The car was also fit with a 1955 Plymouth grille bar, a 1951 Plymouth rear bumper, and 1951 Frazer taillights.

Please get in touch with us at mail@kustomrama.com if you have additional information or photos to share about Frank Livingston's 1949 Chevrolet, Caribbean II.