Prior to Dave Paul purchasing the Chevy, it was featured in Popular Customs Summer 1965. Named "Revived '55," the story was written by Darryl Starbird. The story didn't mention the name of the owner or the builder, but it did say that he came from Denver, Colorado, and the car was running Colorado license plates in the photos. 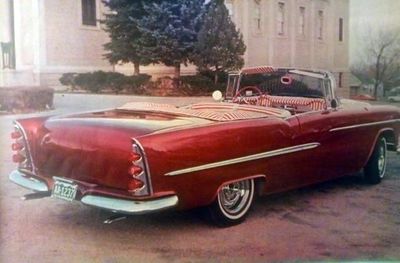 Another photo from Popular Customs Summer 1965. 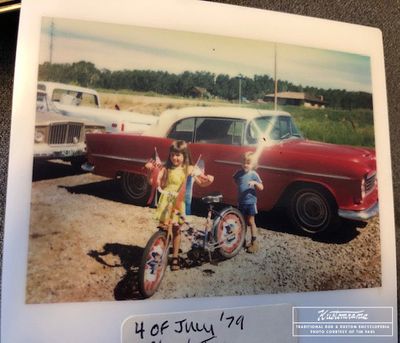 A photo of the Chevy taken in 1979. Photo courtesy of Tim Paul. 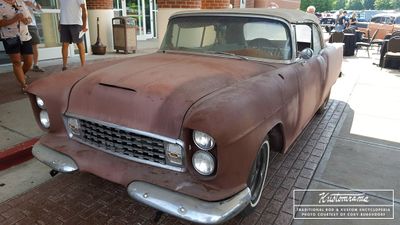 A photo of the Chevrolet as it appeared in 2019. Photo courtesy of Cody Burghdorf. 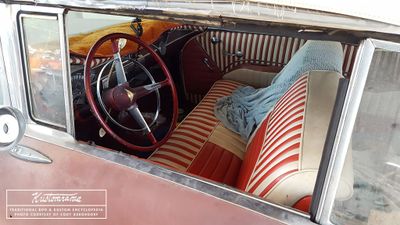 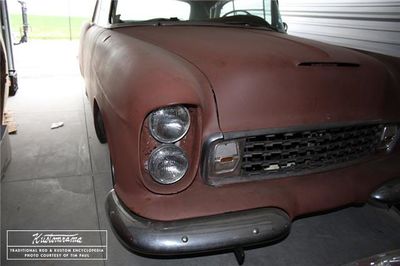 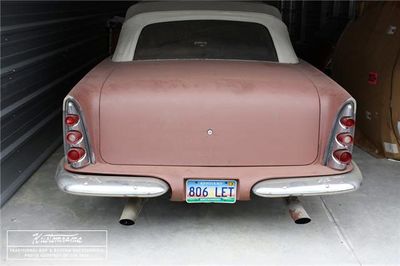 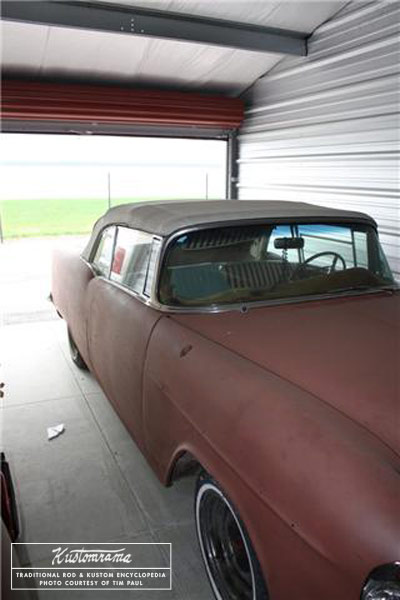 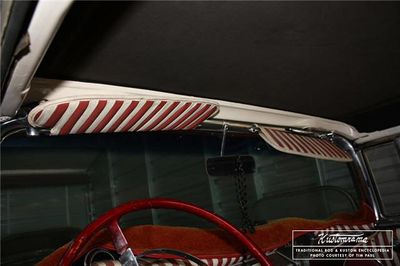 In 2019, Tim Paul told Sondre Kvipt of Kustomrama that his dad bought the car in Denver, Colorado in 1978. "He owned a lot of old cars, but this was the only true custom." Tim believes the guy in Denver had won it in some kind of contest, and that his wife told him to sell it. The car had been painted Candy Apple red when Dave bought it. Modifications included split bumpers, stacked quads, and DeSoto taillights. It was also nosed, decked and shaved for trim and handles. The hood had been fitted with a scoop, and it ran a white and red rolled and pleated interior.[1]

Prior to Dave Paul purchasing the car, it was featured in Popular Customs Summer 1965. Named "Revived '55," the story was written by Darryl Starbird. The story didn't mention the name of the owner or the builder, but it did say that he came from Denver, Colorado, and the car was running Colorado license plates in the photos.[2]

Do you recognize this Chevy custom?

Tim is trying to find out who customized the Chevrolet that has been in his family for 40+ years. His dad, who is no longer with us, told Tim that he met the builder or owner at the James Dean show in Fairmont, Indiana. "That was probably 15-17 years ago," and Tim can't remember the name that he told him. Please reach out to Kustomrama at mail@kustomrama.com us if you have any info on this old custom to share.

Please get in touch with us at mail@kustomrama.com if you have additional information or photos to share about Dave Paul's 1955 Chevrolet.